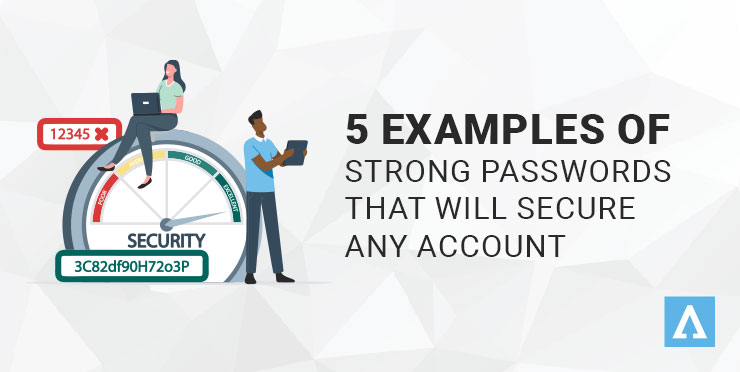 Passwords have become quite the point of contention for a very simple reason: They hold a tremendous amount of power. These character strings are the gatekeepers to our entire lives, from personal information to memories and money. For that reason, passwords have been desirable targets for hackers for a long time now.

To make a strong password, it’s crucial to understand how criminals gain access to them. One of the main ways is through a “brute force attack”, malicious software that tries thousands of potential passwords until it finally lands on the correct one.

Social engineering tactics geared towards compromising passwords are also on the rise. Through these methods, hackers can convince their victims to give them their passwords. Some criminals go a step further and get their targets to disclose enough personal information to facilitate a brute force attack since many people often use names and facts from their lives in their passwords.

Cracking any type of account can be quite lucrative, which means hackers won’t stop until they get it right. That means the name of the game is to have the best password hygiene possible in order to reduce the odds of a cyber criminal attempting to break past those defenses.

This article will walk you through 5 passwords that get progressively stronger while being easy to remember. Disclaimer: Since this blog post is available to anyone, you shouldn’t use any of the passwords mentioned below, they are purely meant as examples of good techniques.

Phrases like this are infinitely stronger than more generic passwords containing various words because they’re harder for the artificial intelligence used by hackers to crack. These programs usually run through every word in the dictionary, and adding grammar and syntax to the mix acts as a buffer to this tactic.

Passphrases also tend to have more characters, which makes them stronger by default. Using mnemonic tricks and word associations will make a passphrase like this one easy to remember, even if you’re mixing upper and lowercase letters.

Passphrases made up of 4 to 5 words are the most optimal for securing accounts. It’s even better if the phrase doesn’t make sense. That way, if hackers are using a more sophisticated software capable of common word associations, the misdirection can help your password withstand that increased scrutiny.

Everyone likes a burger, so the previous password would’ve gotten cracked eventually, but who likes awful burgers? Plus, awful is a more uncommon word than saying “bad,” for example.

Let’s take the previous password example to the next level by replacing letters with numbers they visually resemble. For example, an I or L becomes a 1, an E becomes a 3, an A becomes a 4, and so on. While this type of substitution is an easy way to remember your password, the technique, called leetspeak, also has its origins in the world of hacking.

In other words, a criminal trying to obtain your password will know this technique and use it during the account break-in process. A simple alternative is to switch the letter for the number right after the one it resembles. That way it’s still fairly easy to remember, and a hacker may not be inclined to waste additional time going through a bunch of other numbers as alternatives.

Special characters are another great way to lengthen your password and to make it more challenging for attackers who use dictionaries as their reference point to guess. In fact, most websites today require you to use them when you create or change a password.

However, it’s still possible to use special characters in an obvious way. Punctuation should be put in the beginning or middle of a passphrase and never at the end so that the common way isn’t guessed right from the get-go.

The same goes for brackets. Invert them and sprinkle them in your passphrase in a random way that couldn’t be guessed by software using human examples.

Adding a nonsensical word like “Bwurgwur” is another method you can use to confuse typical brute force attacks. The only way to crack it is by going through every letter combination, which can literally take years.

A good trick to make the word easier to remember is to make it phonetically similar to the word you’re trying to replace in the phrase. In this case, “bwurgwur” sounds similar to “burger,” but would be impossible to guess outright.

While the strong password examples showcased in this blog post are great starting points to strengthen any account’s data protection, there’s more to a safe password than those techniques alone.

The most important (and, sadly, common problem) is reused passwords. This means that one breach becomes a complete meltdown across your entire online ecosystem. Additionally, passwords that include personal information are prime candidates to be included in a data breach. For example, the passphrases suggested above would be far weaker if your mother’s name is Laura.

While that last passphrase was the strongest in the article, it’s not exactly easy to remember. The simplest way to leverage and store the best possible passwords is to use a password manager. They allow you to only have to remember one passphrase to unlock all your passwords, and they all come with at least some level of encryption out of the box.

Additionally, any password manager will come with a built-in, fully randomized password generator. Using this feature ensures you’ll have a different, difficult-to-guess protection layer for every account you have. Because of the way password managers work, they don’t have to be easy to remember, and all the tricks mentioned in this article will be integrated by default. 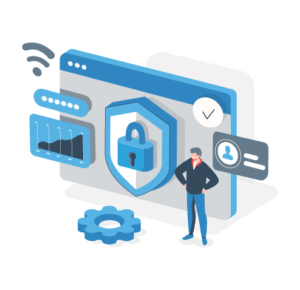