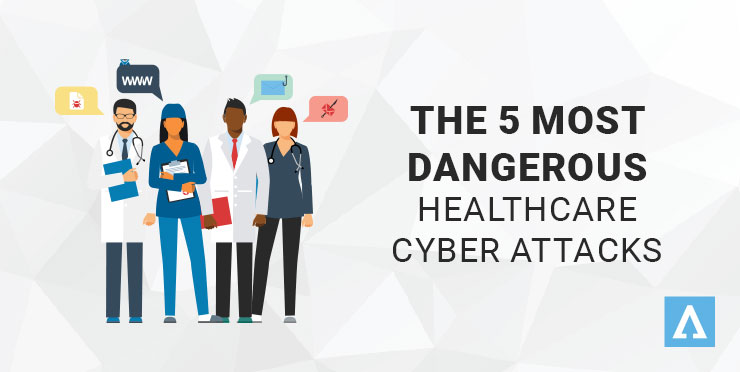 The prime motivation for hackers is the monetary return. The value of a potential attack is directly correlated to the scope of the hack and the sensitivity of the stolen information. While industries like banking and software can be devastated by cyber attacks, no other field is impacted by hackers quite like healthcare.

Healthcare is such a high-priority target that 45 million individuals will be impacted by this category of cyber attack in 2021. That number tripled in recent years, which shows that this industry is still a significant target for hackers.

Hospitals and clinics hold an astonishing amount of profoundly sensitive data on their patients. It’s one thing to give a hacker your email and password; it’s an entirely different issue when they gain access to your entire medical history.

It’s also hard to forget attacks such as the ransomware that brought all 400 locations of Universal Health Services to a standstill for months in the United States. Healthcare facilities often can’t operate if they don’t have access to crucial information like surgery notes and patient history. Hackers thrive on that simple fact, which often leads these institutions to pay ransoms.

The data kept by healthcare companies has the potential to be some of the most sensitive information in anyone’s life. This simple fact makes healthcare institutions prime targets for ransomware attacks.

This type of attack revolves around a virus, often a trojan worm, that infects computers with the sole purpose of encrypting all the data present on the machine. Hackers then display a message on all infected computers, asking for a ransom to be paid to release the trapped information on the devices.

These viruses have become so sophisticated over the years that they are virtually impossible to remove without the help of the criminals who designed them. That’s why prevention is the absolute best defense in this type of situation.

A phishing attack containing a malicious link or file almost always delivers these viruses. Remind your users never to click on a link or download a file from a source they don’t know. Checking the URL to make sure it’s legitimate is an important practice. Malicious files of this nature also often use .exe or .vba extensions instead of typical work extensions such as .pdf or .xlsx.

Hospitals and clinics are fast-paced environments with an almost constant feeling of urgency. These workplaces are often the perfect storm for spear phishing since some employees are bound to not do proper verifications before sending over the information in the heat of the moment.

In this kind of attack, hackers use advanced social engineering techniques to convince their victims to send them sensitive information. This information is later sold or used to commit identity theft. The criminals will often also rely on stressful elements in an employee’s job, such as asking for urgent information near the end of the workday or impersonating their boss.

One of the best cyber security tips is always to double-check the provenance of any email. It takes seconds to check the origin of an email, and spear-phishing attacks are usually relatively easy to detect since they’ll come from completely bogus addresses or similar ones but the wrong domain name.

This attack involves millions of pings to a server, usually using emails, making it crash and rendering it useless as long as the attack continues. DDoS attacks are generally directed at government websites as a method of protest and are typically resolved quickly.

However, the same attack can have terrifying consequences if used against a website-based tool that is mission-critical in a hospital. An hour of interrupted computer service in healthcare situations can lead to disastrous results. Hackers will usually request a ransom to stop the DDoS pings and free the attacked system.

In this case, the onus isn’t on your users but on IT departments to have the proper technological defenses against DDoS. For example, having extra on-demand bandwidth to slow crashes and leveraging a CDN service to filter out the bad requests will often give you enough time to beat the attack as it happens. Several modern servers also have hardware protections against this type of attack.

It’s a sad reality, but hospitals and clinics are often vulnerable to employees stealing data. Another scary possibility would be viruses and botnets getting installed physically on a machine to gather information or even paralyze the network.

It’s essential to have a rigid hierarchy of roles for data access and ideally to anonymize as much of the information as possible to render it useless for any thief. All healthcare facilities should also have explicit policies and guidelines surrounding BYO devices and any physical connection to a machine.

These malicious programs mimic the online behavior of a typical online user of a website to escape detection and crash it by flooding it with requests. Several countries have reported these types of attacks during the COVID-19 vaccine rollout.

Hackers would deploy bad bots to crash websites for ransom or snatch up all available appointments to scalp them later. The most common way to infect a hospital or clinic is by traditional phishing methods.

Remind your users to be extremely careful when clicking on outside links and never download any program without authorization from IT. Also, every work file should be scanned for viruses before being downloaded to avert these situations.

The healthcare industry will always be a prime target for cyber attacks. Whether it’s for sensitive information or because the consequences of a hack are immense, hackers will always go out of their way to target facilities like hospitals and clinics.

The most efficient mean of keeping your healthcare company safe is to inform your users of the various threats you face regularly. Most people fall into these traps because of ignorance. All these threats are easy to detect if you know what to look for or can be negated by a good hardware policy.

Take advantage of our free Cyber Security Hub – it is your one-stop cyber security awareness and knowledge center with one-click access to our COVID-19 Kit, Work From Home Kit, Password Kit, Phishing Kit and more.