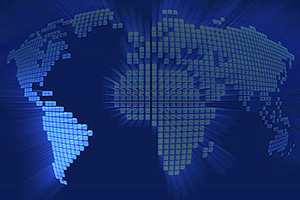 Latin American companies need to increase their investment in cybersecurity, including security awareness training for employees.

Data breaches and cybercrime used to be seen as shocking, alarming and difficult to fathom. Today, they seem almost run of the mill. The world and many of its criminals have gone digital, and yet countless organizations have yet to embrace new strategies that can protect them from these evolving threats.

This status quo is not limited to any one part of the world. While the bulk of news stories of this sort seem to surround U.S. and European companies, cybersecurity is a growing concern in every corner of the globe. Notably, JD Supra recently highlighted the accelerating risk of data breaches and cyberattacks among Latin American firms. This suggests companies in this region need to increase their investment in cybersecurity, including security awareness training for employees.

The source noted Latin American nations’ economies are experiencing rapid growth, and the rise of digital technology is playing a key role in this trend. While this is obviously a positive development, the sudden adoption of Internet-connected technologies creates many opportunities for potential data breaches. Highlighting this notion, the source cited an IT Governance USA study which found that in Colombia, for example, only 3 percent of the population used the Internet in 2000, but now more than half of all residents go online.

“There are few reporting requirements for companies experiencing data breaches.”

Unfortunately, the evidence suggests many leaders in this region have yet to appreciate the severity of these risks. JD Supra noted that Latin American companies are falling behind their international peers in terms of cyber insurance adoption. Even more significantly, the source explained that few nations in this area have passed cybersecurity-related legislation. There are few reporting requirements for companies experiencing data breaches and these organizations do not face much by way of penalties for failing to protect consumers’ sensitive information. Most significantly, Brazil has lost approximately $8 billion as the result of cybercrime but has not yet passed a general data protection law.

All of this combines to create a situation where businesses in Latin America are not being forced or even pressured to improve their cybersecurity capabilities. This can easily cause company leaders to underestimate the threats they now face, as well as the potential consequences of a serious data breach.

This means that businesses in the Latin American region may be particular susceptible to cyberattacks in the coming years – a fact that cybercriminals will be sure to exploit.

However, company leaders do not need to fall into this trap. On the contrary, there is a major opportunity for business decision-makers in this area to take steps to protect themselves, and thereby gain a major advantage over their competitors.

Specifically, Latin American companies should ramp up their cybersecurity investments, making security awareness training a priority in the process. As countless data breaches have demonstrated, cybercriminals typically look for opportunities, rather than targeting specific companies. A firm that ensures its employees follow cybersecurity best practices will avoid many of the common vulnerabilities that attract cyberattacks in the first place.